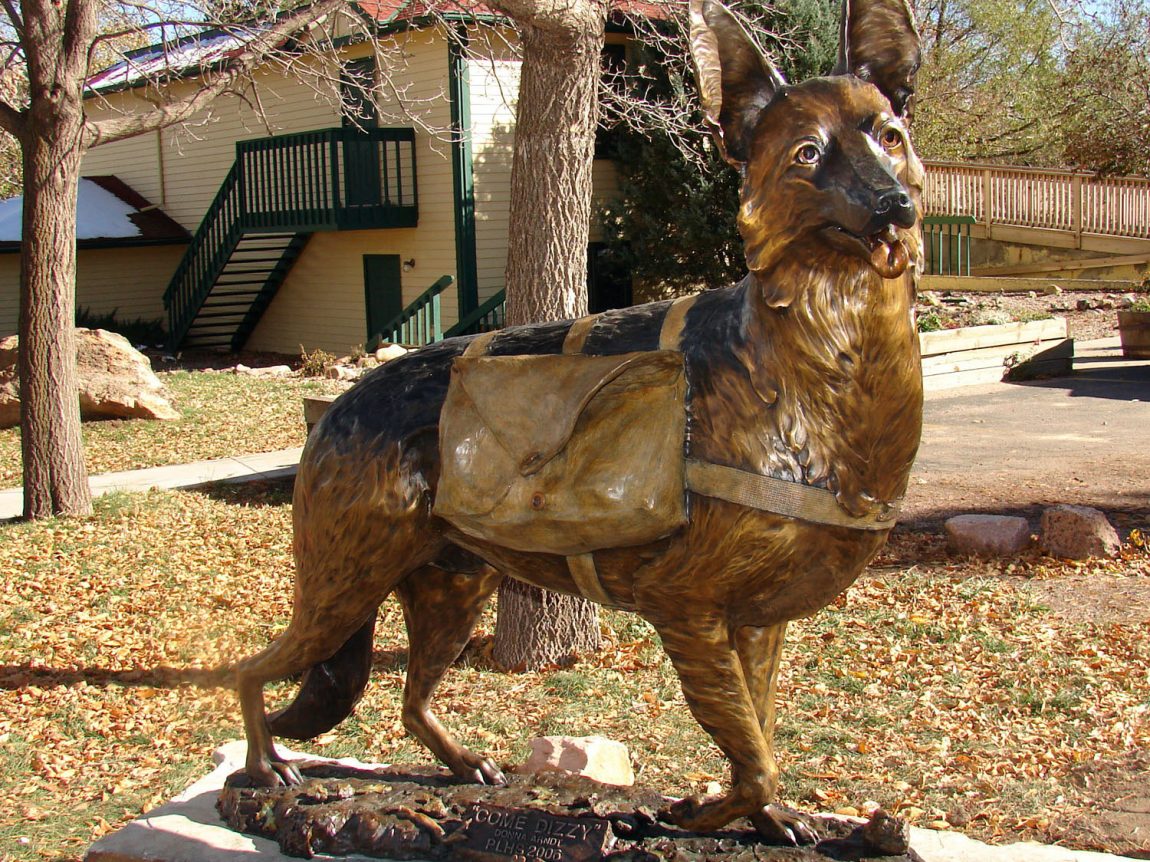 The bronze statue of Dizzy may be seen in the Village Green of Palmer Lake.

Dizzy helped build the Star of Palmer Lake in 1935, during the Great Depression. Dizzy was presented as a gift to the people of Palmer Lake on October 21, 2006 to commemorate the Society’s 50th anniversary. In keeping with our unofficial motto, “History Should Be More Than a Memory,” Dizzy will be watching over the Star on Sundance Mountain for many years to come. Read the full story of the Star and Dizzy on Star Light Star Bright.