The 100th Anniversary of Armistice Day & the Treaty of Versailles 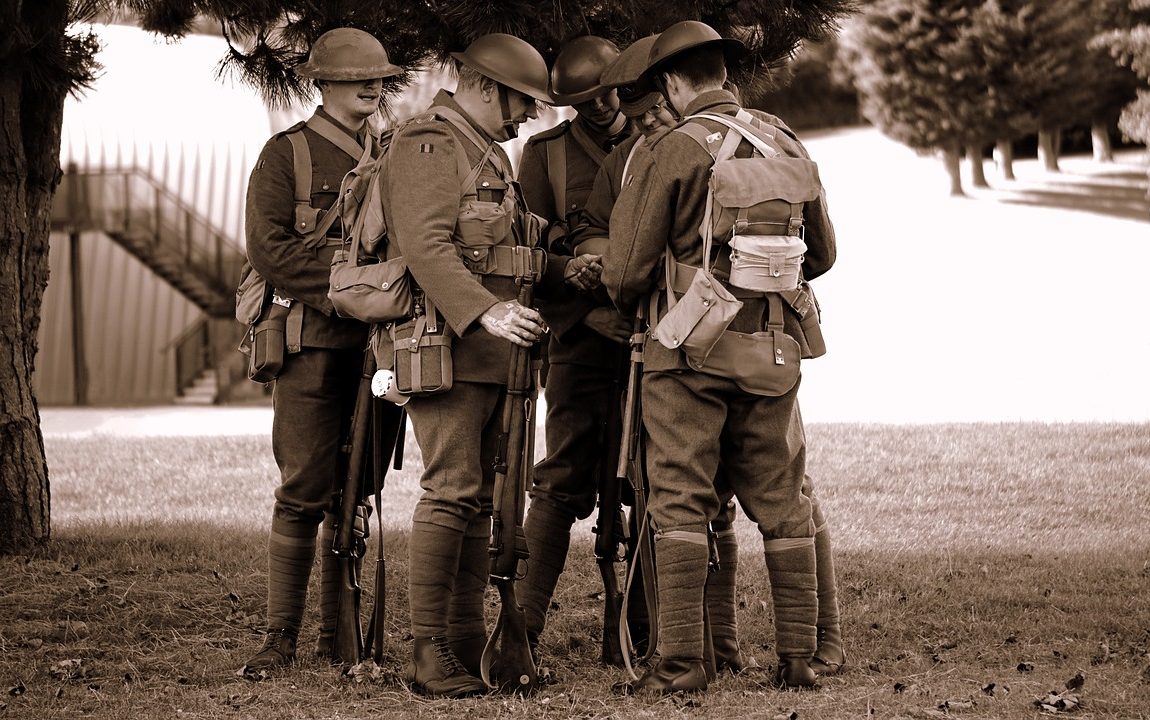 This exhibit showcased artwork, postcards, posters, magazines and more, ca 1918. You would see 100-year-old photographs, War Art, and artifacts brought back by returning soldiers and a Doughboy uniform. The war was known as the “War to End all Wars.”
You could meet 2nd Lt., Rogers M. McDonough on his way to France in early 1918. Sgt. Allan Mark is featured with his Uniform, Gas Mask, Helmet and many other possessions and documents. Sgt. Mark was with the 4th Div. field artillery. He served in France and Germany. The type of cannon he crewed was a French 75mm, Mdl. 1897. (Example below) It was capable of firing 4 shells in 6 seconds! Note: the shell casing still in the air as
another shell is about to be loaded!

You would have heard General Pershing put forth the need for war and listen to patriotic music originally recorded on 78 rpm records. The last two minutes of the fighting and the silence that followed were recorded and, there is a surprising revelation at the end. A film showed the 75 mm cannon in action.