This program was postponed due to inclement weather and will be
rescheduled for a future presentation. 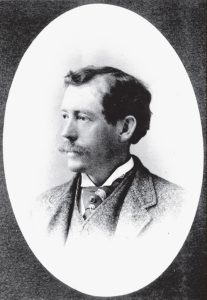 In acknowledgment of Veteran’s Day, Jim Sawatzki presents a program on General William J. Palmer—namesake of the town of Palmer Lake, Civil War Medal of Honor recipient, founder of Colorado Springs, and builder of the Denver & Rio Grande Railroad. By outward appearances Palmer was wealthy and accomplished, but his private life was bittersweet. The program will feature a screening of “The Life and Times of General William Jackson Palmer,” a film written, directed, and produced by the presenter.

Telly Award winning and Emmy nominated producer/director Jim Sawatzki has been documenting Front Range Colorado history since 1992. His work has been featured on regional PBS affiliates and local cable channels and has been shown nationally on A&E’s Biography channel. Jim is the current president of the Palmer Lake Historical Society Board and an active member of the Tri-Lakes arts community.