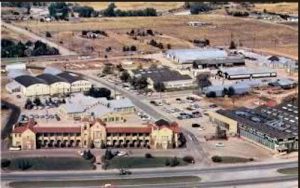 The Palmer Lake Historical Society invites everyone to Steve Antonuccio’s presentation on the Alexander Film Company.

Established in Colorado Springs in 1927, the Alexander Film Company was the largest producer of advertising playlets for movie theaters in the country. The company created the concept of the television commercial and at one time, had 600 employees in Colorado Springs. The program will include video clips of the Alexander Film Company’s award-winning commercials and animations.

Steve Antonuccio is a Pikes Peak area writer, producer, and videographer. He was a 1991 Heartland Region Emmy nominee for “Everybody Welcome: The Story of Fannie Mae Duncan and the Cotton Club” and 2000 nominee for “The Treasure of the Cripple Creek Mining District.” A retired librarian, he is the former director of Pikes Peak Library District’s cable access channel.